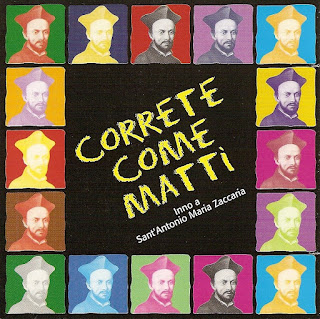 2. The lukewarm person is like water which is barely warm though once exposed to cold it becomes as icy as it seemed to be when it was far away from the cold.

3. Lukewarmness is a heresy which has spread all over the world. It’s not persecuted by inquisitors but is embraced by the Devil.

4. Lukewarmness is a poisonous fruit of self love, destruction of holy customs, foundation of vices, ruin of the world, open door to hell, closed door to heaven, mother of defects.

5. It is no less scandalous for the lukewarm person to speak of the highest perfection than of a heresy.

6. Lukewarmness is a blindness of the mind, because the lukewarm person is always distracted and deprived of interior reflection.

7. Lukewarmness is found more where it should not be; that is, in those who should be true and fervent servants of God.

8. Lukewarm is the one who, with confidence and certainty, rests in the midst of danger and is not afraid to fall where there is a very obvious precipice.


9. A sign of lukewarmness is like having skin of leather, difficult to understand and penetrate to the bone marrow.

10. You have not yet seen, a lukewarm person who knows what mystical theology is, except very superficially at the exterior. Although he may possess philosophical and legal theology and might debate with arrogance about many things, he lacks experience of knowing Christ and true virtues.

11. The lukewarm one is the ruin of the fervent, cheater of the virtuous, and the welcomer of good comrades. In short, the army of the lukewarm is under the banner of the infernal Devil.

12. In his confusion, the lukewarm one boasts about the crowns of his predecessors. As successor to the death of just ones, he decorates their tombs and he boasts to be their disciple while unworthily enjoying their goods. And doing so, he perpetuates the beliefs of the Scribes and Pharisees who were admonished for this by Christ.

13. For appearances the lukewarm one seems to care for divine worship, but only for the external ceremonies and done routinely.

14. The lukewarm person seems to have zeal for the honor of God, yet it is more than true, that when he sees a truly virtuous person he starts to deride him.

16. The lukewarm one says, I would endure death for Christ, yet he does not want to suffer a minimal derision, and if somebody should say a wrong word to him, he gets irritated. How then will he endure grave things if he is so irritated by a minor one?

17. We read in Daniel the prophet that iniquity is carried on by the oldest and by those who governed the people. We can say the same of lukewarmness.

18. The lukewarm one delights in games, fables, novels, and vanity. If you should see such a person, run away from him.

19. The mother of lukewarmness is ingratitude toward divine favors. Its companion is sensuality, curiosity, and distraction. The nurse is confidence in divine bounty, through his good deeds with the conviction that this is enough to avoid grave sins, as if lukewarmness was not a grave sin. Its dearest daughter is lady hypocrisy that is covered with the appearance of truth but interiorly is putrid.

20. If you are not quick in getting rid of lukewarmness, you will find it very difficult to return to the first fervor. Lukewarmness, more than all spiritual illnesses, is very far from healing.

21. If you cannot retrieve the lost fervor right away, do not be discouraged. Although the sanctity of the lukewarm one is impossible for man, it is not difficult for God.

22. The fear of God, when it becomes binding and the diffidence for oneself excludes lukewarmness, but the best remedy is to avoid conversation with the lukewarm and converse with the fervent instead.

23. If you want to start to avoid lukewarmness, use the hammer of fear against blind confidence [in yourself]. If you want to see progress in removing it, desire virtue in itself without any consideration for reward, but if you want to kill it completely, desire all insults and evils for the love of Christ.

24. The one who, day by day, does not deliberately try to improve radically should know that he will fall into lukewarmness. He should make a stronger resolution to change.

March 1
There are two kinds of penance, interior and exterior. The first is necessary for all sinners; the second, for some is useful, for others is pernicious.
March 2
Penance is an agreement made with God to forsake evil and do good. In the same manner, before penance, one has abandoned what was good to do evil.

March 3
In the soul which judges and condemns itself without despairing, penance is a continuous refusal of any corporal consolation and mental delights.

March 4
Penance means to abstain from sin, thus one who does not care to give up every defect, but tenaciously lives by it, is not a perfect penitent.

March 5
Penance is measured more by the proportion of true humility than by the diversity and greatness of corporal afflictions.
March 6
Penance is the voluntary endurance of pain, affliction, insult, and all kinds of evil.

March 7
A true penitent has an unquenchable thirst and hunger for justice, derision, and all kinds of suffering.

March 8
A penitent is one who judges and condemns himself from the heart. He regards himself unworthy of pardon while he begs justice with mercy, and so his merit is being forgiven by God.
March 9
If you want to obtain pardon as soon as possible, ask God with heartfelt humility, not so much for justice but for mercy.

March 10
True penance excludes self-love; having no regard of itself, true penance ends in the pure love of God. False penance instead is caused by pain and or fear of death.

March 12
Just as those who are physically ill but of sound mind do not seek compassion from the doctor but a remedy to hasten their cure, a true penitent, in an effort to be healed again, provokes God’s meekness towards himself for healing.

March 13
A true penitent is not satisfied with just being reconciled with God; he seeks to grow more perfectly in virtue so that he might be pleasing to God.

March 14
A true penitent who is aware of having used illicit things abstains himself even from the licit ones.

March 15
Do not believe in such a bad thought that says: this is a little defect or that sin is of little importance, because Christ died for each of the sin we commit.

March 16
A sin which is not cancelled by penance, immediately, as a consequence, draws another sin. Indeed old sin needs greater attention and a persevering penance.
March 17
Christ’s penance, and that of Mary is different from ours, as light is different from darkness.

March 18
A penitent immediately rises from a fall caused by his ignorance or frailty.

March 19
A penitent drags himself too long when he falls out of his own malice and negligence, even though what he did may not be too grave.

March 20
Do not be distressed by useless misery. If you often fall out of your ignorance or frailty, do not despair but stand up, remember that the just does fall seven times a day and rises up.

March 21
The reliance of the one, who says, I will do this sin and then I will repent, is not in penance.

March 22
The true penance which is acceptable to God and fruitful for men is the mortification of the will and of one's passions.

March 23
Interior penance, which in spiritual realm is truly difficult, is more fruitful than exterior penance.

March 24
He who bears the lack of interior consolation from God with a tranquil spirit already practices true penance.

March 25
Sometimes an overwhelming lack of tenderness will be forced upon the one who uses exterior penance without discretion.
March 26
Just as he who gives himself to feeble things cannot be spiritually subtle or refined, so an indiscreet penitent cannot sometimes avoid from falling into serious defects.

March 28
A penance which comes from God and which is accepted willingly, even if it may be something insignificant, is more pleasing to God, and more useful to man than any virtuous thing done.

March 29
He who considers exterior penance as his ultimate aim is similar to one who makes no difference between the end and the means, or between an inn and a home.
Fasting, vigils, and other corporal disciplines are good when the body is afflicted only to the point that it is not impaired from performing necessary activities.

March 30
Just as a sound body may lead us to sin, so a moderately afflicted one may lead us back to truth. Just as we fall from the joys of Heaven through gluttony, so through abstinence shall we return to them.

March 31
Some can endure a fast for two or three days, while others the daily meal is not substantial for them; nevertheless, without a sense of guilt we have to adapt to the age, physique, and habit of an individual. It is important to take care of nature. It would be imprudent not to do so.
Posted by Fr. Robert No comments: