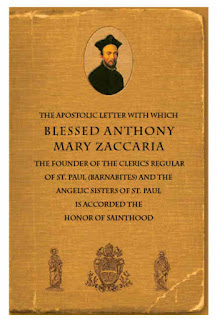 The Bull’s first English translation
comes on the occasion of
Fr. Augusto M. Pucci’s
70th year of dedicated and faithful service
as a Barnabite priest to God and His people.
Rome, Italy 1939 - 8 IV - 2009- Oakville, Canada
__________________________
From the Introduction to Dilectus Domini nostri,
Bull of Canonization of St. Anthony Mary Zaccaria
by †Sergio Pagano, CRSP, Titular Bishop of Celene Prefect of the Vatican Secret Archives
(....)
The canonization of the Founder of the Barnabites occurred many years following his death (1539). His canonization also followed experiences of various vicissitudes related to the events of history that pertained to the Congregation between the seventeenth and nineteenth centuries. (...)
The ordinary process began in 1802. However, the first stage had already taken place in October 1800 during the provincial chapter of Lombardy. The Barnabite who must be acknowledged as the prime animator behind the future canonization of Anthony Mary Zaccaria was Reverend Father Francesco Fontana (1750–1822). (...)
Without going into all the merits of the long procedural process, we shall only say that the many efforts of the Barnabites were in the end rewarded. The figure of their Founder was enriched both by the precious circles of contemporary and latter witnesses. This outcome led His Holiness Leo XIII to beatify Anthony Mary Zaccaria on January 3, 1890, given that the Congregation of Rites had already approved three miracles that were attributed to this future saint. This opened the way to canonization as requested by Father Granniello, who adduced an abundance of canonical arguments.
During the Consistory of May 20, 1897, His Holiness Leo XIII decreed the canonization of Anthony Mary Zaccaria. On May 27, 1897, the pope issued the Bull of Canonization Dilectus Domini nostri. In truth, this Bull had been signed by the pontiff and twenty-three cardinals several days prior to the actual issuance of the Bull. (...)
On May 27, 1897, St. Peter’s Basilica housed this great ceremony: under the rays of Bernini were the portraits of two future saints, Anthony Mary Zaccaria and Peter Fourier. The basilica was illuminated by 950 chandeliers, and was filled with faithful. In solemnity, His Holiness Leo XIII pronounced the formal act of canonization and, indeed, the Bull bears the very date of the ceremony. The Barnabites in Italy, particularly those in Cremona where Zaccaria was born, and the entire Church could now begin to venerate our Founder as a saint – we could even say, a great saint – who, on the example of the Apostle Paul, dedicated himself tirelessly to the Church until his death at a young age, leaving a fertile legacy.
Vatican City
September 5, 2008
Posted by Fr. Robert No comments:

Listening to our Readers.. 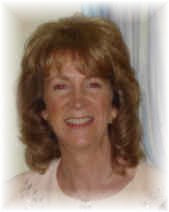 Hi Fr. Robert,
Greetings in the Lord! Thank you for sharing Sr. Rorivic Ma Israel's reflections on the calendar. She is indeed a real treasure.
While navigating around the blog, I chose theme #3 to read. I was inspired by the choices that St. Anthony Mary Zaccaria made as a youth and how these choices affected his life. These thoughts were particular meaningful to me as I struggle to raise holy children.
The quote at the top of the page "Enter his world and you will be forever changed" made me laugh out loud! WOW! This is so true for the Gambino family. I feel like St. Anthony is a part of our family and, in fact, it's hard to imagine life without him now. Actually, I think the saying could be modified by changing the wording a little...."Enter the world of the Barnabites, (whose founder was Saint Anthony Zaccaria) and you will be forever changed". I am certain that this is what happened to us. Sometimes, it feels like we've been swept up into a spiritual cyclone! The profound and concrete changes that have taken place within each of us are truly remarkable. One really needs an abundance of stamina to keep up! Thanks be to God and thank you, Fr. Robert, for opening this treasure to us. We are eternally grateful!
Your sister in Christ,
Mary
Posted by Fr. Robert No comments:

A Daily Lesson in Holines of St. Anthony M. Zaccaria on DISCRETION

Discretion is discernment over the real attribute of things, and over which things are to be kept and which are to be laid aside.

Discretion is the eye of the mind, which in no way will make us err.

Discretion, which is the same as prudence, restrain us from licentiousness, and motivates us to goodness.

Discretion keeps us from falling into vices; it rather purifies all vices and transforms them into virtues.

It is its nature that discretion weighs up both external and inner virtues.

The most sublime and perfect discretion is more of heavenly things than of earthly things.

The eye of discretion is so clear that it sees even the minutest thing; he who does not see it is not discreet.

A discreet person has eyes, front and back, top and bottom, right and left. It is because of discretion that man is a lot similar to God.

A person who grows in discretion grows also in other virtues.

To a discreet person, failure is beneficial, for through it he learns to be more careful. Discretion by itself teaches that one can receive healing from wounds, and he can gain both from failures as well as from successes.

When the devil sees our discretion to be truly firm, he does not dare to assail it.

A person who is truly discreet is far from falling. If he falls, it is because he is indiscreet.

A person who is discreet is hated by those who may seem to have virtues, but who do not actually have.These are the lukewarm and the imperfect. They are like a thorn in his side.

Discretion can be acquired through careful examination of one’s work and diligence in putting it to completion.

Discretion often leads us to what is best and towards the highest virtue. A person can never be discreet unless he strives to reach the highest peak of virtue.

You will be able to reach perfect discretion only if you desire harm and insult.

Only a discreet person can hide or show his virtues, or yet extol them, without shame.

He who practices virtue without discretion is like throwing dust to the winds.

These are signs of a discreet person: he knows what steps to make when in doubt; he accepts everything from the hands of God with great tranquility; and he is able to give great and wholesome advice to others.

Many look discreet in certain situations, but when they are in another, they appear to be what they really are, stupid and imprudent.

A discreet person knows how to be in want and in abundance. When he does not, he is indiscreet.

A discreet person knows how to give reasons to everything, even the most impossible ones.

Discretion is not too much or too little. It avoids extreme prudence as well as excessive stupidity.

Extreme prudence does not recognize one’s defects and at the same time does not excuse the defects of others.

Extreme prudence goes beyond what is expected of it. It belittles the deeds of others and criticizes them without diplomacy.

Extreme prudence speaks with pretense and makes new laws that hinder the weak.

On the Solemnity of the Annunciation, March 25, 2009 the perpetual calendar of St. Anthony Mary Zaccaria reached our Sister Congregation, the Angelic Sisters of St. Paul, in Marikina, Philippines during the canonical visit  of their Mother General.
______________
In the picture from left: Sr. Rorivic Israel, A.S.P. (Editor), Mother General, Madre Nur-Elaine Anaissi, A.S.P., and her assistant, Sr. Flor J. Lomibao, A.S.P., with the calendar of St. Anthony M. Zaccaria. 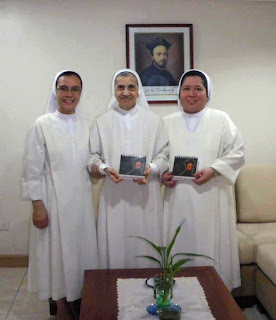 The Angelic Sisters of St. Paul
display the first copies of
the Perpetual Calendar
of St. Anthony M. Zaccaria
Posted by Fr. Robert No comments:

What’s in the Perpetual Calendar of St. Anthony?

It’s a work of two people who showed great confidence in each other’s gift and who trusted in their Holy Founder’s prompting and inspiration.
Fr. Robert proposed this project to me the other year (2007), to make a perpetual calendar of St. Anthony. Being a simple person, I felt I didn’t have the capability to do such task. So I argued modestly. But his encouraging and brotherly speeches persuaded me to comply with his
“demands.” Didn’t I also feel undeserving to work with Fr. Robert? Yes, I did.
It looked like the dream wasn’t coming true. Days passed, and months passed, nothing had been started yet. Did St. Anthony become impatient with us? And mind you, St. Anthony was a person of fervor, and he does things without “irresoluteness”!
It must be St. Anthony’s plan to send me back to the Philippines. So this actually prompted Fr. Robert and me to roll up our sleeves and begin the work. Before I ever leave the U.S., I have to complete this work with Fr. Robert. That must be in the mind of our Holy Founder.
We sat together before the computer and read over the lines of the writings of St. Anthony. We decided together the quotations. In short, it was a rather taxing job – and for days! And yet, the work was not finished until I flew back to my homeland. But there was no losing hope, for all the while, St. Anthony prepared the arena for me.
Only few days after I arrived in the Philippines, my superior decided to buy a new computer for the community. PLUS! Connected to the Internet.
Didn’t I wonder why all these things were taking place? Exactly, St. Anthony wanted me to finish the job!
So I would exchange ideas with Fr. Robert through the net. To make the story short we were able to complete the CALENDAR!
Thanks to St. Anthony. It was indeed a great pleasure working with him and for him. Thanks also for my Bro., Fr. Robert who believed in my talents in “correcting errors” and “making comments”! It wasn’t easy, by the way.
I won’t end without saying that Fr. Robert had been so diligent in doing his part. How many “sleepless nights” and “empty stomachs” did you have Father?
Together, Fr. Robert and I both say to our layout artist, Greg Gambino: Great job, Greg! And to Mr. Mike McKay: Thank you for being so generous! May God bless you!
Posted by Fr. Robert 3 comments: