From the Introduction to Dilectus Domini nostri, Bull of Canonization of St. Anthony Mary Zaccaria by His Excellency Bishop Sergio Pagano, CRSP 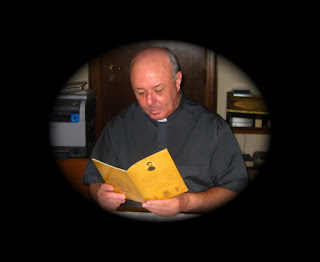 From the Introduction to Dilectus Domini nostri,
Bull of Canonization of St. Anthony Mary Zaccaria
by   BISHOP Sergio Pagano, CRSP,
Prefect of the Vatican Secret Archives
(....)
The canonization of the Founder of the Barnabites occurred many years following his death (1539). His canonization also followed experiences of various vicissitudes related to the events of history that pertained to the Congregation between the seventeenth and nineteenth centuries. (...)
The ordinary process began in 1802. However, the first stage had already taken place in October 1800 during the provincial chapter of Lombardy. The Barnabite who must be acknowledged as the prime animator behind the future canonization of Anthony Mary Zaccaria was Reverend Father Francesco Fontana (1750–1822). (...)
Without going into all the merits of the long procedural process, we shall only say that the many efforts of the Barnabites were in the end rewarded. The figure of their Founder was enriched both by the precious circles of contemporary and latter witnesses. This outcome led His Holiness Leo XIII to beatify Anthony Mary Zaccaria on January 3, 1890, given that the Congregation of Rites had already approved three miracles that were attributed to this future saint. This opened the way to canonization as requested by Father Granniello, who adduced an abundance of canonical arguments.
During the Consistory of May 20, 1897, His Holiness Leo XIII decreed the canonization of Anthony Mary Zaccaria. On May 27, 1897, the pope issued the Bull of Canonization Dilectus Domini nostri. In truth, this Bull had been signed by the pontiff and twenty-three cardinals several days prior to the actual issuance of the Bull. (...)
On May 27, 1897, St. Peter’s Basilica housed this great ceremony: under the rays of Bernini were the portraits of two future saints, Anthony Mary Zaccaria and Peter Fourier. The basilica was illuminated by 950 chandeliers, and was filled with faithful. In solemnity, His Holiness Leo XIII pronounced the formal act of canonization and, indeed, the Bull bears the very date of the ceremony. The Barnabites in Italy, particularly those in Cremona where Zaccaria was born, and the entire Church could now begin to venerate our Founder as a saint – we could even say, a great saint – who, on the example of the Apostle Paul, dedicated himself tirelessly to the Church until his death at a young age, leaving a fertile legacy.
Vatican City
September 5, 2008
Posted by Fr. Robert