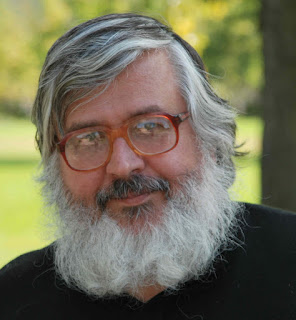 Fr. Giovanni Rizzi, a member of the Clerics Regular of St. Paul (Barnabites), was ordained to the priesthood in 1975. He studied theology at the Pontifical Urbanian University in Rome, and obtained the STD in Biblical Theology in Jerusalem with the thesis "Sermoni poetici geremiani sul pericolo proveniente dal nord" (Jeremiahn poetical sermons about the danger coming from the North), of which a selection has been published. His teaching experience has been from 1980 to 1997 at the PIME (Pontifical Institute of Foreign Missions) in Milan, at the ISSRM (Superior Institute for Religious Sciences and Magisterium) in Monza, at the Vigevano Seminary of the archdiocese of Milan, and the Novitiate of the Salesian Sisters in Missaglia. From February 1997 he has been teaching at the Pontifical Urbanian University in Rome, where at present he is professor of Sacred Scripture for the Old Testament, giving lectures at the Theology and Missiology departments; he has been an invited professor at the Marianum Theological Department in Rome, and at the "St. John the Evangelist" Theological Department of Sicily in Palermo, where he has given lectures and has participated in various international symposiums.
The ancient versions in Greek, Latin, Aramaic, Syrian, and Latin of the Old Testament are his specialization. He has published a series of studies on the Biblical Hermeneutics, and on the interdisciplinary relationship between Judaism, Christianity and Islam.
Posted by Fr. Robert